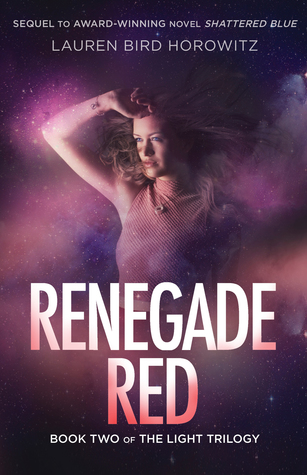 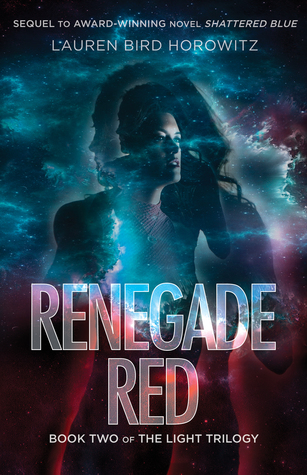 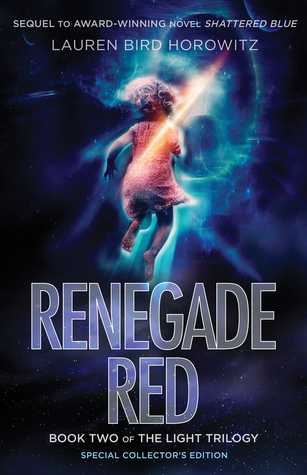 Goodreads Summary: Reckless, desperate, and distraught, Noa Sullivan leaps into a collapsing Portal in the explosive finale of Shattered Blue— the jaw-dropping, award-winning first installment in The Light Trilogy— in wild hope of rescuing her little sister Sasha. Now Noa and the Fae brothers who love her—Callum and Judah Forsythe—must find a way to survive not only across worlds but between them, in places so treacherous and deceptive their own minds are twisted against them. As the three fight to survive their passage, they battle not only enemies but themselves, and their darkest, most difficult secrets.

Surviving, however, is only the beginning: Noa needs to find Sasha. That means becoming a warrior herself, one just as fierce as the magical brothers battling for her love. Across broken cities, underground labyrinths, rushing floods and endless skies; in the face of legions of armies, horrifying tyrants, and the most deceitful of friends, can Mortal Noa rescue her sister—and understand her own heart—in time to escape the most deadly of magic realms?

Review: I received an advanced copy of this book from the publisher in exchange for an honest review.

After reading Shattered Blue late in 2015 I was dying to get my hands on the sequel which now has a name and not one, not two, but three stunning covers!  AMAZING! Horowitz somehow, someway has topped Shattered Blue with a sequel even more mind-blowing.  Consider my heart ripped to shreds.  Don’t mind the puddle of me on the floor.  Bring on the conclusion!  After that crazy cliffhanger ending I definitely need the final book as soon as possible.  There was so much action and new poems as well, which I loved!  Horowitz continues to write beautifully and in such a way that makes it easy to visualize the story and setting in my mind.  I fell in love with the main characters even more in this sequel as well as one of the newly introduced characters.  I’m getting slightly worried about my SHIP but however Horowitz decides to end this trilogy in the next book, I will continue to ship Noa and Judah forever.

If you haven’t picked up a copy of Shattered Blue yet, I suggest you get on that ASAP so you are fully prepared for the release of Renegade Red this coming March!

Lauren Bird Horowitz – Check out Lauren’s website for some awesome Light Trilogy stuff including a quiz to see which colorline of Fae you would be and vote on your favorite of the three covers!