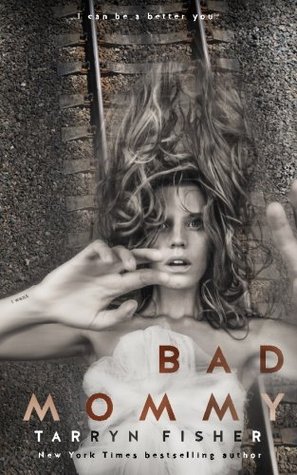 Review: There will be a few minor spoilers so proceed at your own risk.

For my second Tarryn Fisher book, I wanted to read her newest novel.  I had heard from other readers that this book is crazytown and based on the very brief summary, I knew I was in for a treat.  Going into the book, I assumed that the entire thing would be from Fig’s POV.  There are three parts to the book and the first part opens with Fig before she buys the new house.  Almost right off the bat, it is clear to see that Fig has some mental issues.  When she is at the park and sees Jolene and Mercy for the first time, I assume that something sinister is going to take place.  Especially when Fig follows them home because she feels some sort of draw to Mercy, believing her spirit to be that of her miscarried child.  The normal conclusion would be that Fig would try to kidnap Mercy… right?  But of course Tarryn Fisher wouldn’t make it that obvious.  Instead, Fig buys the home next door and proceeds to make friends with Jolene, Mercy, and Jolene’s husband Darius.  The more Fig inserts herself into their lives, the more things get crazy!  Part two then moves to Darius’s POV and we learn that the crazy is not just coming from Fig!  That threw me!  I don’t want to give away any details beyond that because I think it would ruin the surprise.  And the final part is from Jolene’s POV.  This book was SO different from the first book I read by Tarryn Fisher (F*ck Love).  And it was really good!  I loved that the twists she added were not obvious at all because it kept me guessing the entire time.  The one thing I was a little confused on was George.  From Fig’s POV it seems as though they are divorced and she is moving away from the house she lived in with him.  But later on, Darius and Jolene talk about and to George as he lives in the new house with Fig.  So did I miss something or is Fig just a super unreliable narrator?  Overall, I thought this was a fascinating journey to crazytown and can’t wait to read my next Tarryn Fisher novel!