Hey guys! Today is the first day of Bout of Books 17! I am so excited even though I burned myself out a little on reading from doing the Reading Decathlon.  I love participating in the daily challenges.  They’re always so much fun!  Before I dive into today’s challenge, I am going to post my goals for this read-a-thon.  Originally I was also going to post a little TBR but I think right now that would be a mistake for how I’m feeling so I’m just going to go with the flow and read whichever book catches my fancy.

And there you have it!  I’m going light on the goals this time around.  Hopefully I’ll get more in the mood for reading as the week goes on but for now I’m just going to keep things super low pressure and simple.

My next favorite would have to be Pride & Prejudice!  I love almost any adaptation of this book, however, my favorite adaptation is actually the 2005 directed by Joe Wright starring Kiera Knightley and Matthew Macfadyen.  I’ve seen this movie probably at least 20 times and it never gets old for me.

My third favorite is book 2 of The Lord of the Rings trilogy, The Two Towers.  I absolutely love this movie! 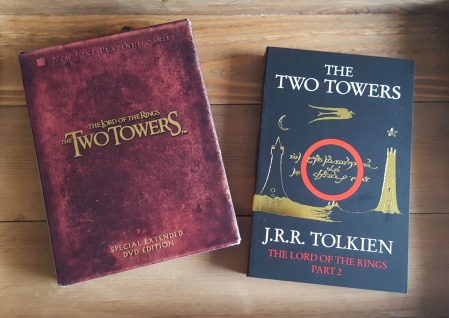 My least favorite adaptation of all time has to go to Scarlett, which is technically a TV mini series but I’ve only ever seen it all in one sitting so I’m going to include it here.  I’m not a huge fan of Timothy Dalton to begin with but to go from Clark Gable as Rhett Butler to Timothy Dalton…. No. I do not accept that.  And then Joanne Whaley as Scarlett O’Hara?! Um let me think about that for a second. NO. A lot of Gone With the Wind book fans hate the sequel written by Alexandra Ripley but I actually love it and own several copies of it. 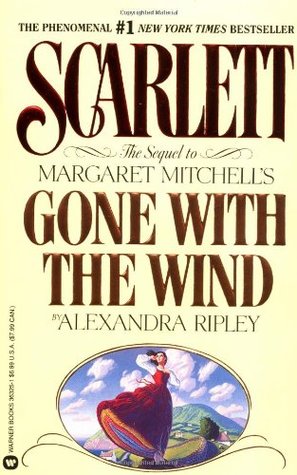 My second least favorite is Twilight.  Say what you will about the books, but I loved the books for reasons I have explained in past posts.  Unfortunately, the movie adaptation was just awful and awkward.  I remember seeing it in theaters for the first time and just cringing the entire time.

My third least favorite is Interview With the Vampire.  Brad Pitt and Tom Cruise as vampires really does not work out very well.  Same goes for Kirsten Dunst and Antonio Banderas.  Awkward. Cringe-worthy.  I’ve heard that there will possibly be a remake, which would be great unless of course that one turns out terribly, too.

So those are my top 3 favorite and least favorite book to movie adaptations!  What are some of yours?

I love watching book to movie adaptations, even though the book is almost always better than the movie it is still fun to see the book come to life on the big screen.

This one is an obvious one.  I am dying to see this movie and I already know that it’s going to be emotional since it is the final movie.  On Saturday Ethan and I went to see Spectre (which was pretty good) and they had the trailer for Mockingjay Part 2 and I had tears welling up.  My birthday is a couple days before it releases in theaters so I’m definitely going to see it that weekend.

I am really looking forward to seeing how the 3rd movie turns out.  I’m contemplating doing a series reread before this movie comes out next spring.

I’m a little nervous for this one.  I really liked the book but I am not a big fan of the actress playing Grace so we’ll see what happens.

FANTASTIC BEASTS AND WHERE TO FIND THEM

I think any Harry Potter fan is eagerly awaiting this movie to be released.  I don’t believe I’ve seen Eddie Redmayne in anything but I’ve heard great things about his acting abilities so I am really looking forward to seeing this.

PRIDE AND PREJUDICE AND ZOMBIES

When I first started seeing all of these classics being rewritten with monsters and such I was a little put off.  I have yet to read a single one.  BUT I think that I may have to readdress my earlier thoughts of them because the trailer for this movie looks totally badass.  I might just have to give these books a shot because I am definitely going to see the movie. 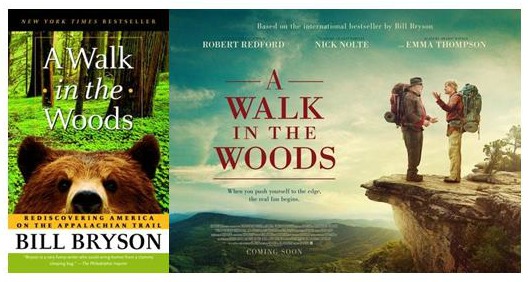 A WALK IN THE WOODS

I absolutely loved this book.  It was hilarious and thrilling but I’m a little nervous to watch the movie.  I don’t think it got very good reviews and as much as I adore Robert Redford and Emma Thompson, I am not a fan of Nick Nolte.  I plan to watch this someday but just not sure when.

I have heard nothing but great things about both the book and the movie.  I have the book on Kindle but haven’t gotten around to it yet.

I have really enjoyed this series before and Tim Burton seems like the perfect person to direct the movie!  I can’t wait to see what he can turn this fantastic book into on the screen. 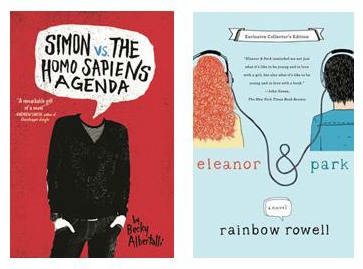 And my last (and 11th) choice is a little bit different because it’s not based on a book but on the true story of the 1996 Everest disaster which has had several books written about it.  I have two books (but have only read one so far) about the disaster written from two men who were there.  I have been wanting to see this movie so badly.

There has been so much controversy between INTO THIN AIR (the one I have read) and THE CLIMB because both have some differences as to what actually happened.  Krakauer, author of Into Thin Air, even addresses these controversies in the afterward.  He has also expressed his opinions regarding the movie which you can read about here.  I have a few days off next week and if it is still in theaters by then I am going to go see it.

What book to movie adaptations are you looking forward to?