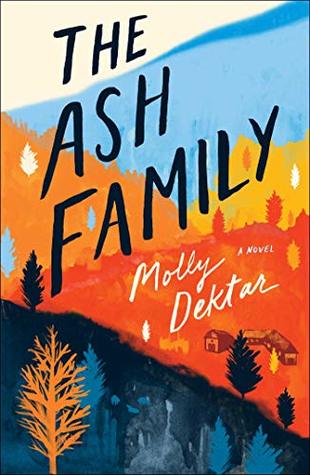 The Ash Family by Molly Dektar

Goodreads Summary: When a young woman leaves her family—and the civilized world—to join an off-the-grid community headed by an enigmatic leader, she discovers that belonging comes with a deadly cost, in this lush and searing debut novel.

At nineteen, Berie encounters a seductive and mysterious man at a bus station near her home in North Carolina. Shut off from the people around her, she finds herself compelled by his promise of a new life. He ferries her into a place of order and chaos: the Ash Family farm. There, she joins an intentional community living off the fertile land of the mountains, bound together by high ideals and through relationships she can’t untangle. Berie—now renamed Harmony—renounces her old life and settles into her new one on the farm. She begins to make friends. And then they start to disappear.

Thrilling and profound, The Ash Family explores what we will sacrifice in the search for happiness, and the beautiful and grotesque power of the human spirit as it seeks its ultimate place of belonging.

Review: Okay, let’s try this again. Long story short, I had a nice, long review ready for this and WordPress deleted it.

I must admit that during the first 25% of this book, I contemplated putting it down and DNFing it. I normally find these types of scenarios fascinating but for some reason I just did not click with this main character, Berie. I felt like she was overly naïve and a bit stupid if I’m being perfectly honest. Who in their right mind would go off with a random guy they met at a bus stop to join his off-the-grid commune in the mountains?! Especially considering the way this guy is described. He sounds super dirty, and a bit slimy. At one point, it was described in detail that his pants are basically water proof because they are never washed and are incredibly grimy. And his feet smell like vinegar. Yeah… no thanks. And yet, Berie seems to idolize him and almost falls in love with him at first sight.

When Berie arrives on the farm, she is told not to talk about the past… the “fake world” as they call it. Everyone has left their “fake world” name behind and have been given a new name by the man who created this family, Dice. Everyone works for the good of the family. Berie, now called Harmony, is put in charge of taking care of the sheep. She tries to gain the trust of both Bay and Dice so she can go on one of their protests. So many crazy things happen that make you really wonder why anybody agreed to live there. Everyone shares everything. Clothes, beds, partners, etc. No couples. No children. No leaving unless given a task or permission.

I was bit underwhelmed by the ending. Shit hits the fan but then it seems to end just as quickly as it began. I felt like the ending could have been drawn out a little more but I don’t want to say how because that would give it away. Overall, I’m kind of in the middle on this book. I didn’t not like it, but I also didn’t really like it. If you are interested in cults and commune type scenarios you might be interested in reading this book.

I received an advance copy of this book from the publisher through NetGalley in exchange for an honest review.