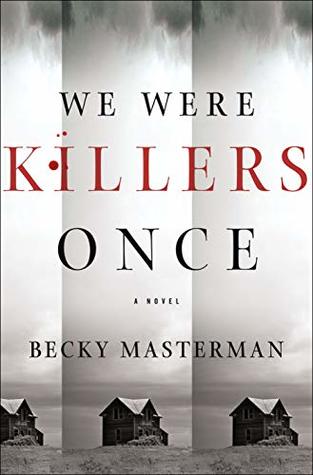 We Were Killers Once by Becky Masterman (Brigid Quinn #4)

In 1959, a family of four were brutally murdered in Holcomb, Kansas. Perry Smith and Dick Hickok were convicted and executed for the crime, and the murders and their investigation and solution became the subject of Truman Capote’s masterpiece, IN COLD BLOOD. But what if there was a third killer, who remained unknown? What if there was another family, also murdered, who crossed paths with this band of killers, though their murder remains unsolved? And what if Dick Hickok left a written confession, explaining everything?

Retired FBI agent Brigid Quinn and her husband Carlo, a former priest and university professor, are trying to enjoy each other in this new stage in their lives. But a memento from Carlo’s days as a prison chaplain–a handwritten document hidden away undetected in a box of Carlo’s old things–has become a target for a man on the run from his past. Jerry Beaufort has just been released from prison after decades behind bars, and though he’d like to get on with living the rest of his life, he knows that somewhere there is a written record of the time he spent with two killers in 1959. Following the path of this letter will bring Jerry into contact with the last person he’ll see as a threat: Brigid Quinn.

Review: I was browsing NetGalley for some books to request and the cover of this one really caught my eye. When I read the synopsis and found out it is connected with In Cold Blood by Truman Capote and the real life killers behind it, I knew I had to get it. I didn’t realize until I added the book to my Goodreads that it was the 4th book in a series but I really don’t think that you need to have read the first three books. I never felt lost at all. When previous events were mentioned, the author provided enough information that I felt like I knew what I needed to.

The book alternates between Brigid’s point of view and an ex-con named Jeremiah Beaufort. At first I couldn’t really see where the story would bring the two of them together but as it began to unfold, I could tell that it was going to be a very interesting confrontation. Jerry was written so well. I was thoroughly creeped out by him and dumbfounded how someone could be the way he was. Brigid seemed like a really spunky badass, pretty much exactly how I imagined a retired FBI agent would be. The tie-in with In Cold Blood is completely fictional BUT imagine if it wasn’t… What if one of the most well-known crimes in US history didn’t exactly happen the way everyone thought after all these years… That’s what I really loved about this book. Everything got so intense towards the end! If you enjoy thrillers with a little splash of true crime, I definitely recommend you check this book out!

I received an advanced copy of the book from the publisher in exchange for an honest review.

2 thoughts on “We Were Killers Once by Becky Masterman”